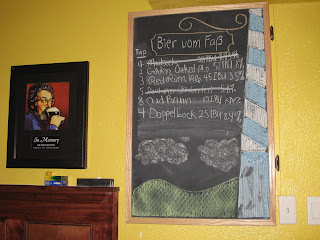 Speaking of all of those over-the-top beers that I mentioned above in the first sentence, do any of you have recommendations for my upcoming snow cave camping trip later this month? It is a bit of a hike (through the snow), and relatively cold, so I am looking for something strong and compact that will warm me up around the fire. (And it has to compliment Laphroaig 10.) Please provide any suggestions – I’m always looking to try new beers.
Posted by Cody Christman at 9:07 AM