Last fall my wife and I decided to head south to Pagosa Springs to enjoy a relaxing weekend before I was to start a new job. This trip had been on our schedule for years. Pagosa Springs is a beautiful little town sandwiched in the mountains and surrounded by the San Juan National Forest. It is home to a spring much celebrated for its therapeutic powers - one of the largest and hottest natural springs in the world. It is also home to the Pagosa Brewing Company. (PBC) 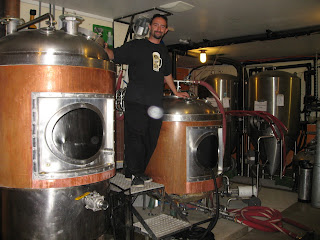 The brewery and pub are what you think of when you think of the rural west. On one side there is a small, cozy restaurant offering a simple menu (the salmon fish & chips are highly recommended), and right around the corner is the bar for those that want to belly up with a view of the brewhouse. A mobile home parked on the premises serves as the kitchen since the main building is not large enough to house both that and the brewery. The fit staff has to shuttle food and plates back and forth. PBC’s courtyard is much bigger than the brewing building itself. It offers a pleasant outdoors atmosphere - well sheltered by mature, towering pine trees. There are several fireplaces outside to take the chill off on cool days/nights. The entire place has a very mountain community western feel to it. Locals flock there, kids and all.

Pagosa Brewing Company features a relatively small five-barrel system. They have seven of their own beers on tap as well as two guest taps – one from Dry Dock in Aurora, CO, and the other from Ska Brewing down the road in Durango. A sample tray gave me a good feel for all of their excellent offerings.

My favorite PBC beer was their “Poor Richard’s Ale.” This beer originated as a recipe challenge five years ago to develop an authentic beer for Benjamin Franklin’s 300th birthday celebration. Head brewer, Tony Simmons, researched the Colonial era in his quest for a suitable beer recipe fit for Benjamin Franklin. He discovered that brewers of that time most likely used creative ingredients in their beers due to shortages of imported hops and malted barley. Along those lines, Tony’s recipe included ingredients available to brewers of the time such as corn and molasses.

Tony must have done his homework well, because his recipe for Poor Richard’s Ale was awarded the most authentic Colonial Ale. In recognition of the honor, his recipe was brewed by over 100 breweries for the big birthday party. Tony was even flown out to Philadelphia, Franklin’s hometown, to brew his own recipe at one of the local breweries. 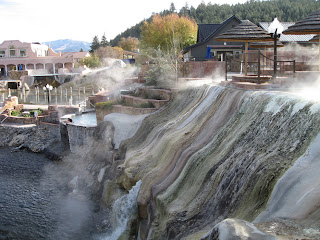 Poor Richard’s Ale is now a regular offering at PBC. I would classify it as an Old Ale. It was dark red with a nice thick head. There was malt and a slight molasses note on the nose. The body was thinner than expected - probably due to corn being included in the mash. The flavor was dominated by malt and a strong dark sugar flavor, and it finished with dark crystal malt and a slight roasted note. This beer very much reminded me of a beer I’ve brewed for years called “Old Rabbit.” I call it Old Rabbit because it is an Old Ale brewed with Brer Rabbit molasses. (added to the boiler) My Old Rabbit may be a touch fuller-bodied than Poor Richard’s Ale, but other than that, very similar. I serve the Old Rabbit out of my Angram Handpump in my basement. PBC has a rotating cask offering, and their Poor Richard’s would be a great candidate to be served “warm and flat” out of their Beer Engine.

One thing that really impressed me about PBC was a commitment to educate their patrons about beer and brewing. I just missed it, but they hosted a four-year vertical tasting of their Nipple Mountain Barley Wine. It takes forethought and patients (and discipline) to save beer for events like this. But when done right, such tastings can be very educational and display how strong beers mature over time. Nice job guys!

If you get to visit Pagosa Springs, make sure and take time to relax and enjoy the springs at the resort. You can also take the beautiful one-hour drive west to Durango and visit their wonderful breweries - Carver, Ska, Steamworks, and Durango Brewing. And don’t forget to visit the PBC and have a Poor Richard’s Ale in the courtyard around a fire.
Posted by Cody Christman at 2:30 PM No comments:

Phil Farrell – 2011 Beerdrinker of the Year

He finally did it. On his fourth trip to the National Finals, Phil Farrell of Cumming, Georgia took the title of Beerdrinker of the Year at Saturday’s competition held in the Mercantile Room of the Wynkoop Brewery. All three finalists (the other two being James Clark of Springfield, Virginia and Mike Dixon of Wake Forest, North Carolina) proved that they were more than worthy to be on the national stage with their deep knowledge of all things related to beer. But in the end Phil emerged putting in a strong and consistent showing from his opening statement to the finish. He nosed ahead during the “nasty round” of questions, as well as the sensory perception segment. 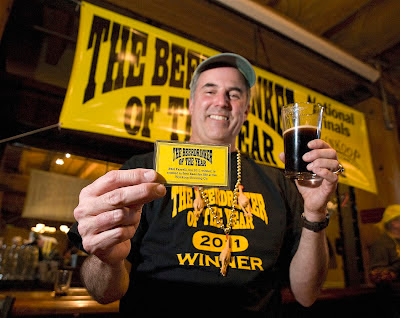 This was possibly one of the most entertaining finals in years, with each of the three having the standing-room-only crowd in tears laughing at times. Mike played his southern accent to the delight of the audience, and James’ start to finish theme of Kama Sutra and beer was one of the more creative things the competition has ever seen. 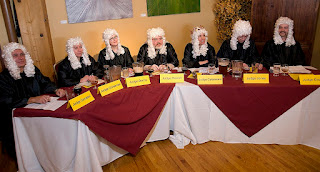 Phil is a commercial pilot, homebrewer, and BJCP certified judge. In 2010 he advanced to Grand Master Beer Judge Level II – an accomplishment only 15 people have ever attained in the 25-year history of the BJCP. He has tasted beer in every country in Europe, all 50 states, and every US territory. His basement beer pub features six taps, three refrigerators and a 15-gallon brewing system. In 2010 alone he visited 32 states and 18 countries in search of beer, and logged 11,000 miles on his family’s RV.

As the winner Phil will receive, among other things, $250 to spend at his home pub (Five Seasons North in Alpharetta, Georgia), a beer brewed in his honor by the Wynkoop for next year’s competition, free beer for life at the Wynkoop Brewery, and worldwide recognition. It is always tough to not win, but Mike and James should be very proud of their performance too. I am sure both will be back in the finals in the future. 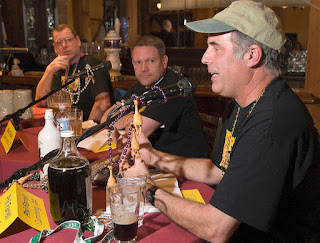 In the 90 seconds Phil had for his closing statement, he pulled out his harmonica and sang a parody of Bill Joel’s “Piano Man” renamed “Chicken Man.” For those that know Phil, they understand the chicken reference. I’ve posted Phil’s lyrics below.

Congratulations Phil, and welcome to this elite club!

by Phil Farrell, with apologies to Billy Joel

Its four o'clock on a Saturday,
The Beer Judges all shuffle in,
There's a rubber chicken sitting next to me,
Asking "Phil when are you going to win?"

He says Phil will you brew me that Barleywine?
I'm not really sure how it goes,
But it was big and bold before you got so old
Back when I wore feathers for clothes.

Brew me a beer you're the Chicken Man,
Pour me a beer tonight,
'Cause we're all at the bar in the Wynkoop,
And beer gets us feeling all right.
Posted by Cody Christman at 12:27 PM No comments: