2011 Beerdrinker of the Year Festivities

This coming weekend is the National Finals for the 2011 Beerdrinker of the Year competition. If you are in the Denver area, or have the means to travel, don’t miss this event – it is the most prestigious title in the country for beer aficionados. This year’s three finalists are James Clark of Springfield VA, Mike Dixon of Wake Forest NC, and Phil Farrell of Cumming GA. Being involved in the selection process, and having reviewed numerous resumes, I can guarantee you that these three are on a different level when it comes to beer knowledge and appreciation. (more about James, Mike and Phil below)

The competition will be held in the Wynkoop Mercantile Room on Saturday, February 26th starting at 2 pm MT. Get there early to nab a seat and have time to enjoy happy-hour priced beers, including the Strong Scotch Ale brewed to honor last year’s champion Bill Howell.

Also this year, for the first time, there will be Beerdrinker of the Year Beer Dinner on Friday night, February 25th. The Friday night before the competition is always reserved as a meet and greet for the judges and the three finalists – an opportunity to let everyone settle in, relax, and get to know each other. But this year Wynkoop marketing and idea man Marty Jones decided to open up the event to the public. There will be a special four-course dinner hosted by the three finalists (since they don’t have enough to worry about already) and the 2010 champion Bill Howell. 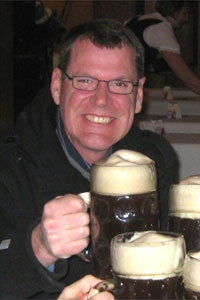 This is a great opportunity to mingle with the finalists, judges and other beer lovers, and enjoy a wonderful dinner. More information about the Friday and Saturday events can be found at:

After the dinner get a good night’s sleep, because Saturday’s competition promises to be superb with three great beer minds going at it. Here is some additional information about the finalists.

James Clark, a Springfield, Virginia homebrewer, beer traveler and beer ambassador. In 2010 he visited 17 breweries, attended over a dozen beer festivals and held beer events at his home that welcomed as many as 160 people. In 2010 he visited 15 establishments in 4 countries on All About Beer magazine’s "125 Places to Have a Beer Before You Die" list.

His philosophy of beer drinking: "Live life to the brim! I was a late arrival to beer drinking but I caught up quickly. I didn't have my first beer until I was 31, but it was a German Pilsener in Germany. In the last 16 years I've been going full throttle; drinking, brewing, studying and visiting my way to the top of the beer expert's pyramid." 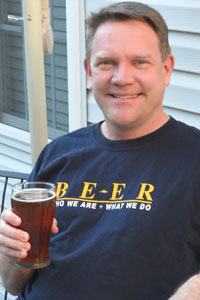 Mike Dixon, a Wake Forest, North Carolina beer lover, certified national beer judge and beer organizer. Dixon has tasted beers from 44 states and 39 countries and visited over 600 beer establishments in the US and Belgium. His extensive volunteer beer work includes working to change his state’s beer laws and promoting North Carolina’s homebrewing culture. He is a four-time semifinalist, this will be his first time in the Beerdrinker finals.

His beer philosophy: "A well crafted beer is the perfect accompaniment to any meal or event. Life is too short to be wasted on beer without flavor and every glass of beer should be a new adventure. Every day I am working to improve my beer knowledge and beer experience." 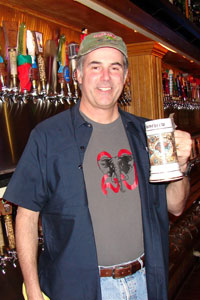 His philosophy about beer: "Fear no beer. All of my "beeroes" (beer heroes) were fearless. In my short beer lifetime, a wasteland has been turned into a paradise…and I live in the best beer country in the history of the planet. Beer helps connect people. Beer is the greatest gift ever given to the human race and is meant to be shared with others.

His home beer bar: Five Seasons North in Alpharetta, GA.
Posted by Cody Christman at 3:22 AM No comments: