Beerdrinker of the Year To Resume in 2016


I wanted to fill you in on the BDOTY event that has been on hiatus since the 2013 National Finals.  We'll I have good news, it is coming back!  See the message below that I sent to friends on an email list I run. 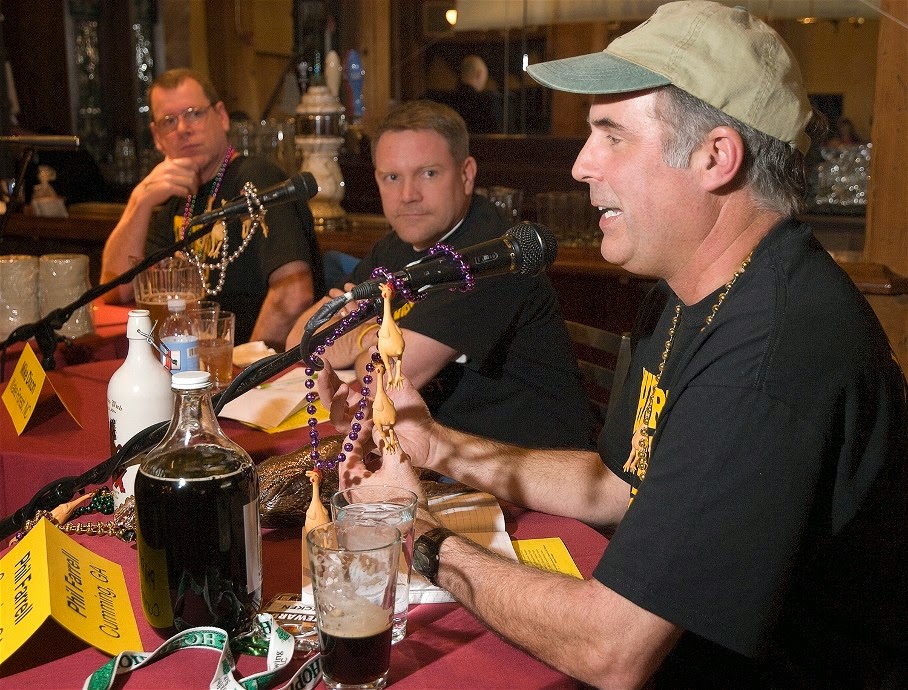 I've got some good news and wanted to give an update about the Wynkoop.  (Sorry Jim - no they are not bringing the Lamb Sliders back.  Not yet anyway!)

Yesterday I met with Lee Driscoll (Wynkoop-Breckenridge CEO), their Director of Corporate Events, the Koop GM, the Head Brewer, and two of their beer sales directors.  We met to discuss the Beerdrinker of the Year event, which is going to come back.

Here is the tentative plan.  As you know there has been quite a bit of investment over the past year.  (bathrooms, etc.)  The Koop has also purchased the former Comedy Works space.  They are turning that room into a barrel aging storage area and private tasting room.  The plan is to have that room open in time for the GABF.

The plan is to have a "former BDOTY winner reception" on the Wednesday night of GABF weekend in conjunction with a grand opening of that barrel room.  This event will re-launch the Beerdrinker of the Year event.  There will be PR, buzz generation, etc.  It will also kick off the calling for BDOTY resumes.

Then the BDOTY National Finals event will be back on track for 2016.  Tentatively scheduled for the Saturday after Presidents' Day next year - February 20th 2016.

So things can change, and nothing is done until it is done, but this is great news.  And as the event dates approach I would appreciate your help in promoting these event.  (You've always been great at that in the past - thanks!)  That will help in maintaining a long term commitment for cool events like this one!

See you tomorrow night at the Koop!