The Napa Valley of Beer

People call the Front Range in Colorado the “Napa Valley of Beer” - and for good reason. Arguably there are a few places in the United States that approach the brewery density and beer culture here, but none exceed it. I do not have an accurate count since the number changes almost weekly, but Colorado now has in the neighborhood of 150 breweries, almost all of them west of I-25 and concentrated in or near the foothills. So with all of these breweries, there must be a tourism business opportunity, right? Yes. Napa Valley has the Wine Train, and Colorado now has a number of traveling brewery tours. 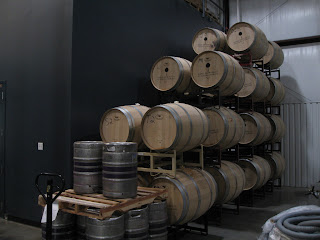 Last Saturday friends Matt, Skye, Beggi and I signed up for one of these tours with Front Range Brew Tours (http://www.frontrangebrewtours.com/) (I do not want to promote any specific tour organization, but since I am now familiar with these guys, I will give some background on how they operate. I believe others are similar.) The scheduling is somewhat flexible, but for us the meeting point was Union Station in Lower Downtown Denver at 10:30 am. No better way to start the morning! A Ford Excursion limousine was waiting for us and a crew of ten other beer enthusiasts that we were going to spend the day with. The tour comes with a hired designated driver as well as a guide from Front Range Brewery Tours. In the week leading up to the tour, the guide proposes a rough itinerary to everyone over email, but he is willing to be flexible to accommodate the wishes of the customers. Since there is usually more than one group, it may take some cooperation between the tour-goers if there is a desire to visit different breweries or locations, etc., but changing things up is not a problem. On this particular day our goal was to visit taprooms in seven breweries starting in Ft. Collins, then Longmont and finally Boulder. A beer and lunch break was scheduled in the middle, and the guide tries to squeeze in at least one full tour of a brewery at some point during the day. 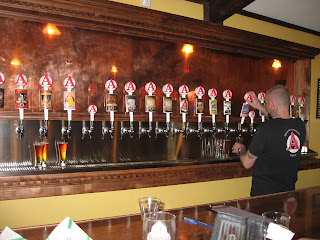 I’ve never been on the Wine Train, but I have toured numerous Napa and Sonoma wineries. The beer tour crowd, in contrast to wine lovers (in my experience anyway), is every bit as passionate about their beverage, but much more laid back and less formal. On our tour we were paired with ten others – all a decade or so younger than we were. They definitely fit the passionate, yet casual mold. A very fun group! The atmosphere on the road was electric with tunes cranking in the limo, which was equipped with everything except for Paris Hilton’s Chihuahua. We had coolers, ice, and plenty of beers to keep us hydrated between stops.

In the end we only made it to six breweries. New Belgium, Fort Collins Brewing Company, and Odell Brewing in Ft. Collins, Oskar Blues in Longmont, and Twisted Pine and Avery Brewing in Boulder. As we arrived at our second stop, Odell’s, a tour was just starting, so we all grabbed a complimentary St. Lupulin and joined in the group. In my opinion, no matter how many tours one has been on, you can always learn something from visiting a new brewery. And this tour was no different. I am glad that we were able to see Odell’s behind-the-scenes operation, because my favorite US beer right now is their Woodcut. (http://odellbrewing.com/beers/woodcut-landing) Woodcut is not a specific beer, rather a series. Each year they select one style, jack it up (imperial/double) and brew it in a small batch to later be aged in virgin American oak barrels. The result is amazing. I’ve had all three over the years (No. 3 is the latest) and they all have a strong, yet amazingly pleasant and smooth oak character from the first use of the wood. There is no brett tang, just a strong, clean beer letting the wood shine through. On the tour we saw the stacks of new barrels used to age the beer in this series as well as their new 750ml bottling line, which Odell uses to cork finish their premium offerings. Woodcut is brewed on their smaller pilot system, but we also were educated on their primary 50-barrel setup. One unique thing I learned about Odell Brewing is that they have traditionally used diatomaceous earth (DE) filtration to polish their beers. 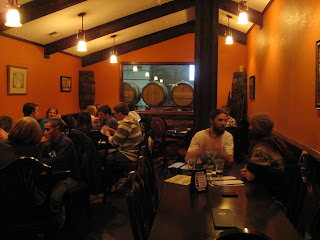 This is not uncommon, though DE is more widely used in the wine industry and as a swimming pool filter. It appears that they are trying to phase their current system out, and we got a first hand look of their new/future centrifuge filtration system. This is the first time I have seen such a system in use at a brewery. It sounds like they have high expectations for extending the shelf life of their beers by and additional three months with this new technique. Like I said, each brewery tour brings a little something new.

After being chauffeured to Ft. Collins, Longmont, Boulder and back, we were dropped of at Union Station where we started. All of us wanted to continue, so we walked across the street to the Wynkoop to wind down with a few more pints. All in all I have to say it was a very fun and educational day. I strongly recommend one of these tours for any local, or beer-loving tourist planning to visit the Front Range. It is a great way to meet other enthusiasts, sample a number of great beers, and tour a new brewery or two. The guides are willing to be flexible to accommodate the wishes of each individual group. Finally, I would not describe myself as a glamour-seeker, but it was nice for once to be escorted around in a limo while drinking beer, listening to music, and sharing experiences - especially with such a fun group of people. 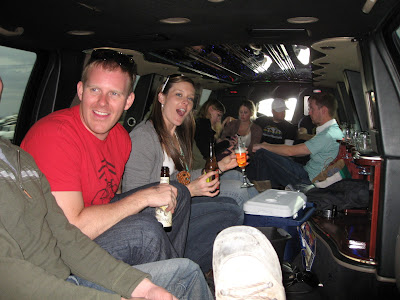